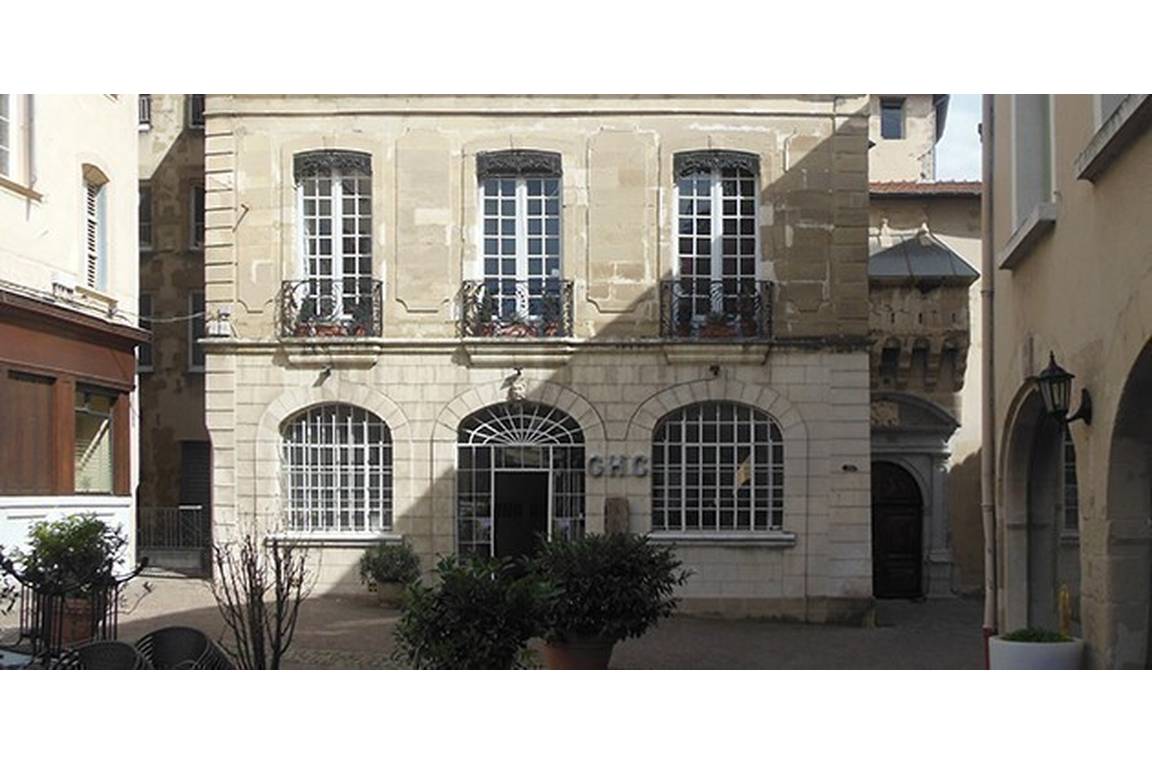 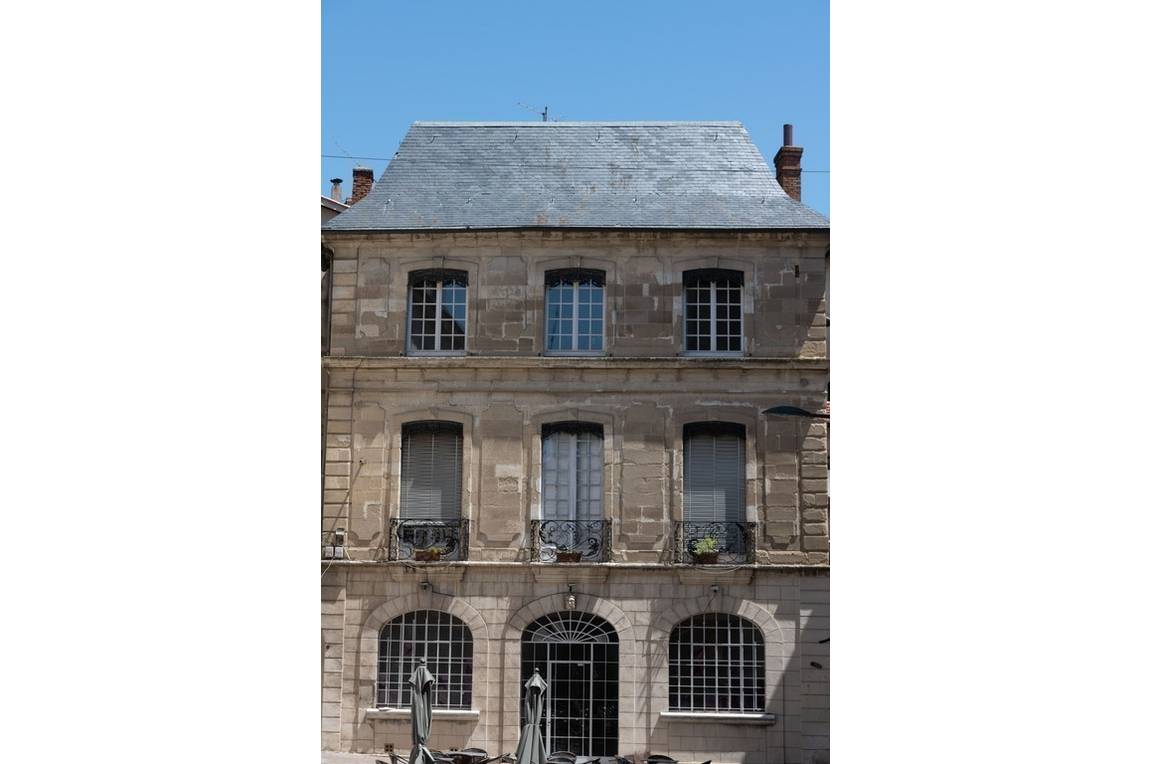 A Place which owes its name to the Small Market with Herbs and other Medicinal Plants which stood there.

The building was a Monetary Workshop and welcomed 2 kings ...

In the 10th century the Lords of the Clérieu Family tried to impose their protection on the Monastery of Saint-Barnard and built near the church a Keep: the Tower of Poitiers. From this Romanesque era a small interior courtyard remains, as well as a well and cisterns.

In 1342, the Dauphin Humbert II authorized the coinage.
Around 1360, a Monetary Workshop was installed there.
To protect it, a fortified door was built around 1450.
Note the beautiful lion head to the left of the machicolation.
In the 15th century, the Monetary Workshop of Romans became one of the main centers of the Dauphiné. The kings of France and the governor of Dauphiné order to strike gold, silver and billon coins (copper and silver).
In the 16th century, Henry II suppressed the Atelier. False parts nevertheless continue to be manufactured ....

In the interior courtyard, an elegant spiral staircase witnessing Flamboyant Gothic, serves the Floors and the Keep.

This hotel worthy of the Kings welcomed Louis XII in 1511 and Henri III in 1575. 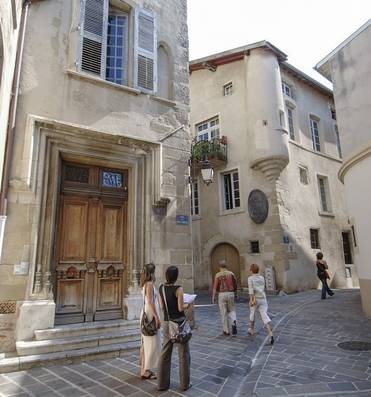