The village of Eymeux is located 12 km to the north-east of Bourg-de-Péage, bordering on Vercors, Isère and the Grésivaudan Plain. The hamlet of Ecancière is attached.

Located on a bend in the Isère, the village occupies a bed of pebbly alluvial deposits. These geological origins give it some original characteristics: there are many houses with walls of rounded pebbles and the fields are often marked out by imposing dry stone walls. Although referred to as long ago as the 13th century, the district has retained few traces of its past.
It history is partly connected with traffic on the Isère. Used by boats since ancient times, the river saw dense traffic between the Middle Ages and the 19th century, particularly for the shipment of cargoes such wine, wheat, salt, iron ore and building stone. For a long time it was also used to transport wood. From the Vercors or the Royans, the timber would come floating down the Bourne before being assembled to make timber rafts destined for the Rhone as far as Arles or Beaucaire. This activity ceased in about 1930.
The river was interspersed with many ports that no longer exist. Two of these were located in the Eymeux district: Perrier to the north and Ouvey, located below the Sainte-Béatrix Chapel.
One legend claims Eymeux as the highly-disputed place of origin of the celebrated raviole.

Sainte-Béatrix Chapel: It is believed to have been built on the site of the former monastery founded by Blessed Béatrix of Ornacieux in the late 13th century. Neo-Romanesque in style, it was completed in 1897. The chapel occupies a panoramic viewpoint overlooking the Isère and the old port of Ouvey. Some of the remains of the Blessed One are kept there. Each year it is the destination for a pilgrimage on the first Sunday in September. 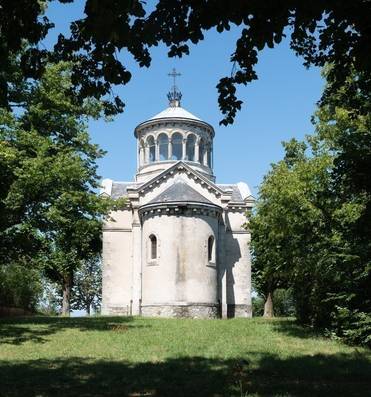