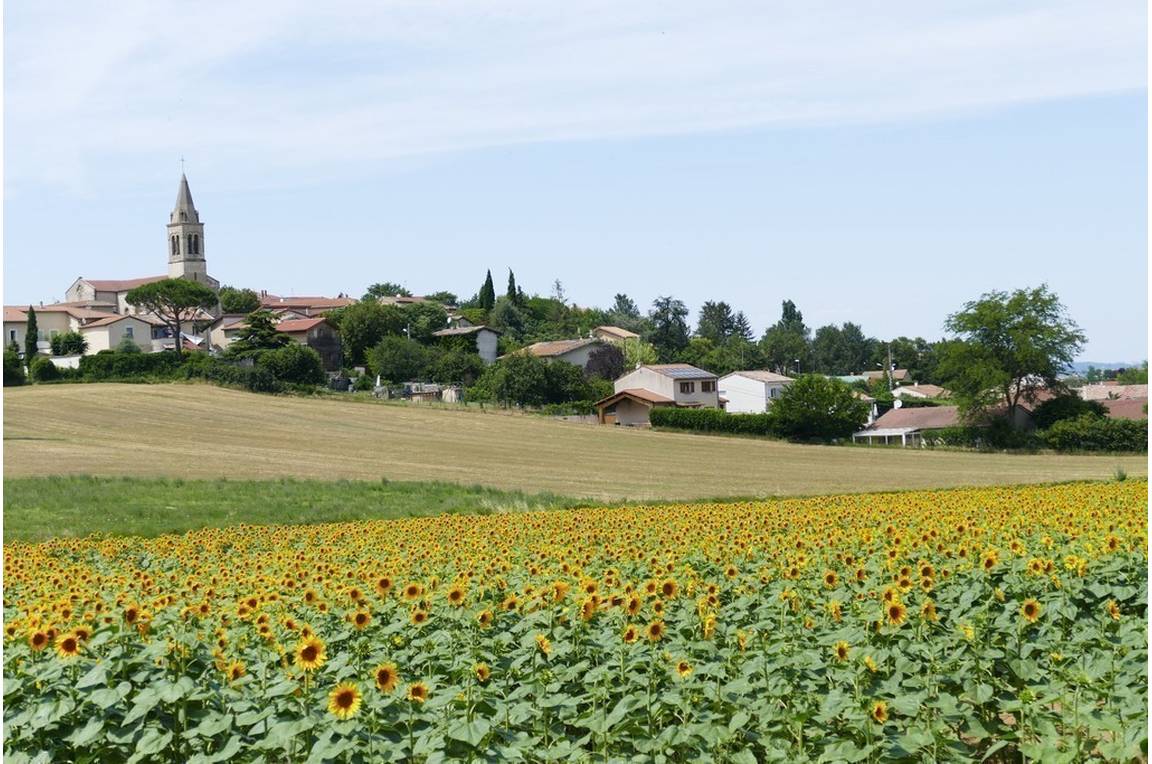 The district of Chatuzange-le-Goubet possesses the distinctive quality of encompassing four villages: Chatuzange, Le Goubet, Pizançon and Papelissier. Its territory is divided between the plain and a built-up area that constitutes the eastern edge of the Bourg-de-Péage urban district.
A certain number of Roman remains were discovered in this district. In the Part-Dieu district, among the remains of an important Roman "villa", in 1888 they dug up the "Chatuzange Treasure", six items of silverware weighing almost 4 kg in total, now kept at the British Museum in London.
In the 9th century, Charlemagne gave Saint Barnard some land located on the left bank of the Isère to provide for the needs of his monastery. This vast endowment of land corresponds approximately to the modern-day districts of Chatuzange and Bourg-de-Péage. In recognition of his illustrious benefactor, Barnard named this area "Carolilocus" (Charles' lands). Over the centuries, this name evolved so as to become "Charlieu" in 1900. This is the name that today is given to the main watercourse crossing the district, formerly known as the "Fontchautou".
The Chatuzange territory was subsequently integrated into the Pizançon fiefdom, a major estate in the record books since before the year 1000 AD, of which one hamlet was also the original forerunner of Bourg-de-Péage.
The Bourne Canal, an irrigation channel, crosses the district. Its construction began in about 1870 with the aim of irrigating the Valence Plain. Between the water intake from the Bourne, just north of Pont-en-Royans, and Bourg-de-Péage, the canal follows the course of the Isère before curving away in the direction of the Valence Plain. About fifty kilometres in length, it is interspersed with numerous works of art, of which the Saint-Nazaire-en-Royans Aqueduct constitutes the most distinctive example.

The Château de Pizançon (private, open for "Heritage Days") : No trace remains of the original medieval structure. Burnt down during the Wars of Religion, it was rebuilt but was then destroyed again during the French Revolution. The current château dates from the early 19th century. Smaller than the earlier buildings, it has a central building flanked by two corner wings. After having been used for various purposes and having been abandoned for periods, it has benefited from a full restoration, thanks to its current owner.