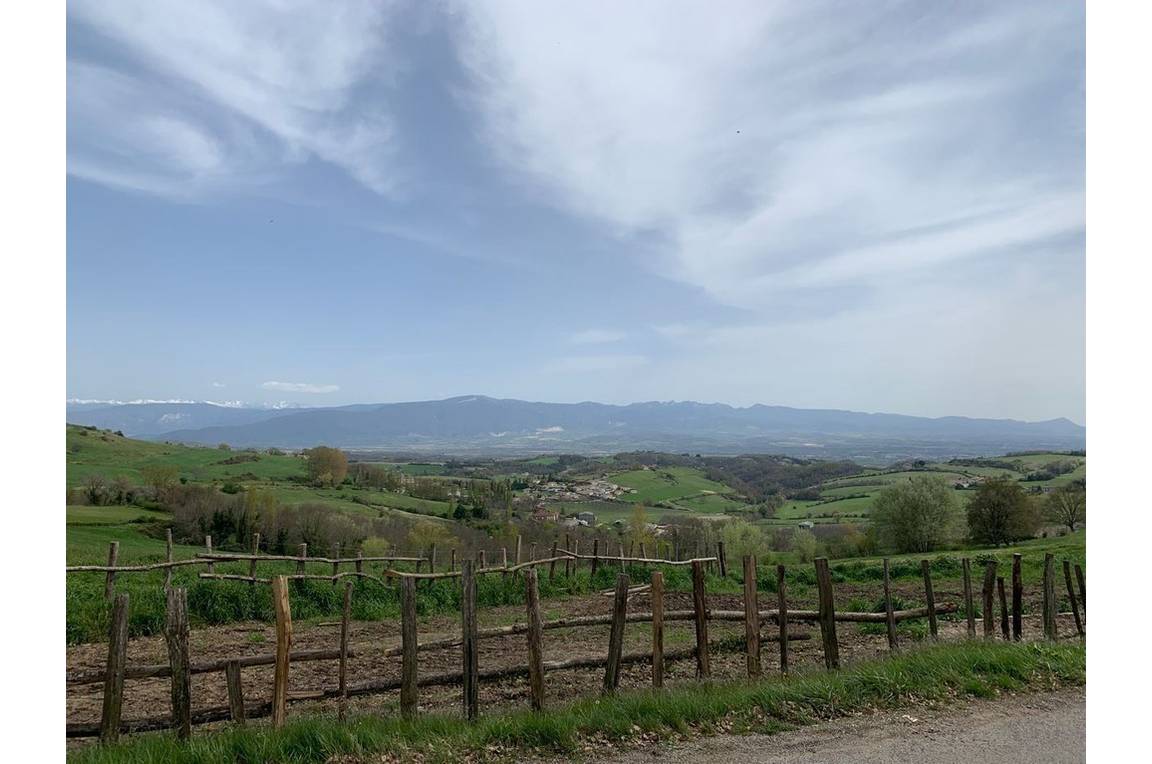 Situated 8 km north-east of Romans, on that section of the Drôme des Collines hills formed by the south-west slope of Les Chambarans, the Geyssans district is crossed by two watercourses, the Savasse, a trout river, and the Drivette.
The activities of this undulating land are essentially agricultural (cereal crops and livestock). The diversity of its landscapes, forests, hillsides and streams comprise a particularly attractive living environment.
Geyssans has had many names over the centuries: "Gissanium" in 950 AD, "Geissans" in 1200, "Jaisas" in 1250, "Dominus Geyssani" in 1350, "Jeyssano" and "Jayssain" in 1500, and finally Geyssans since 1775.
In the Middle-Ages, Geyssans formed part of Saint-Marcellin, a parish attached to the diocese of Vienne. Its church, dedicated to Saint Martin of Tours, was built in 1895. It came under the Chapter of Romans.

The "château": A former manor house belonging to the estate of the Countess of Triors and forming part of the Earldom of Paris, it is situated on the road leading to Saint-Ange (very beautiful church).
"Croix de Gruyère" Pass: 2 km outside Geyssans (in the direction of Reculais), with very beautiful views over the Vercors plateau, the Monts du Matin mountains, the "Pré de Cinq Sous" and the two indentations of the Col de Tourniol Pass.

Starting point for hiking circuits through the woods as far as Les Thivolets via Saint-Michel-sur-Savasse, Saint-Bonnet-de-Valclérieux, Montmiral and Les Chambarans.