This lovely village is typical of the villages in this area. Châteauneuf boasts a dozen troglodyte dwellings (little cave houses dug out of the rock). There’s a fabulous panorama from Chapelle Saint Hugues. For nature lovers, the Véloroute cycle path which Châteauneuf is the departure and it runs through the départements of Isère, Savoie and Haute-Savoie, joining the ViaRhôna route at the other end of the River Ain.

The village of Châteauneuf-sur-Isère has successfully preserved and promoted its rich past. Since ancient times, this location has been densely occupied. It has left many Gallo-Roman remains, particularly to the west along the path of the Via Agrippa road connecting Vienne to Arles. The medieval seat of a major domain acquired in the 12th century by the bishops of Valence, Châteauneuf-sur-Isère also became known for the exploitation of molasse quarries that bequeathed the village its picturesque appearance.
The village is overlooked by two hills. On the mound located to the east you can still make out the silhouette of a motte that marks the initial occupation of the village, no doubt around the year 1000AD. On this site the lords of Châteauneuf then built a stone castle with ramparts below. In 1585, the Wars of Religion led to the loss of these remains, but the topography of the hill and the outline of the lanes still bring back the image of that old fortified village.
For a long time Châteauneuf was an important site important for the extraction of molasse rock. While other molasse quarries have been identified in the surrounding area, only the Châteauneuf site allowed it to be quarried on a large scale, particularly as the proximity of the Isère and the Rhone facilitated its movement. Exploited since ancient times, these quarries supplied the materials for major medieval construction sites such as Valence Cathedral or the Collegiate Church of Saint-Barnard in Romans. Still used for the construction of the Bourne Canal in 1877, molasse experienced an irreversible decline from that time onward, especially due to competition from cement. In 1929, by chance some mushroom growers from Lyon discovered the abandoned quarries and started to grow crops of field agaric mushrooms, known as "Paris mushrooms" there. Ten years later, their flourishing business was interrupted by the war. Some of the quarries were initially used by the French to store powder and ammunition from the Chambaran camp. It all blew up due to an error. In 1943, the Germans stored aircraft engines and VI missiles there…According to legend, Châteauneuf-sur-Isère was one of the favourite lairs of the "Miare", a sort of monstrous cat that particularly appreciated the shadowy caves and the water of the marshes and rivers. Sights to see: Saint-Hugues Chapel: Hugues de Châteauneuf, whose father Odilon was the first known lord of Châteauneuf, was Canon of Valence and then Bishop of Grenoble in 1080. He supported the installation of Saint Bruno in Chartreuse when his monastery was founded in 1084. After he died in 1132, he was canonised at the Pisa Council. In the 19th century, the medieval chapel that was dedicated to him was succeeded by an elegant neo-Gothic building. Until last century, this site, overhanging a built-up underground fountain, welcomed a large number of pilgrims who came from afar to be given water that possessed medicinal qualities. Near the chapel, a water tank, built from carefully fitted blocks of molasse rock, has been stimulating the curiosity of local historians for many a year. Cave dwellings: The comparative softness of the rock has allowed a set of dwellings to be hollowed out at the foot of the molasse hill. About a hundred cavities, from various eras, have been identified. While most are concealed by modern houses, some are easily accessible. Le Châtelard: To the west of the village, this hill, whose name might refer to a medieval settlement, is notable for its flora. Here you can find some rare species like dyer's alkanet or milky-white scabiosa. The already southerly character and picturesque relief of this hill make it suitable for country strolls. The viewpoint indicator (summit of "Le Télégraphe"). 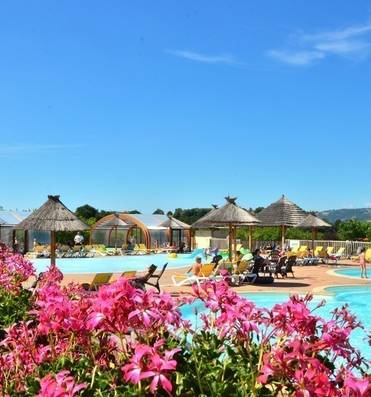 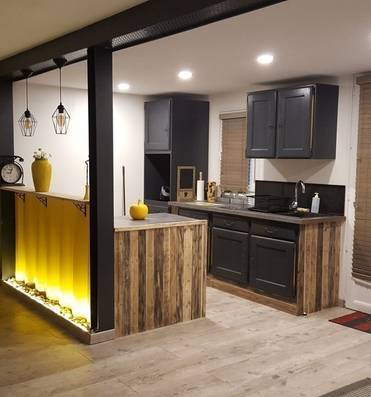