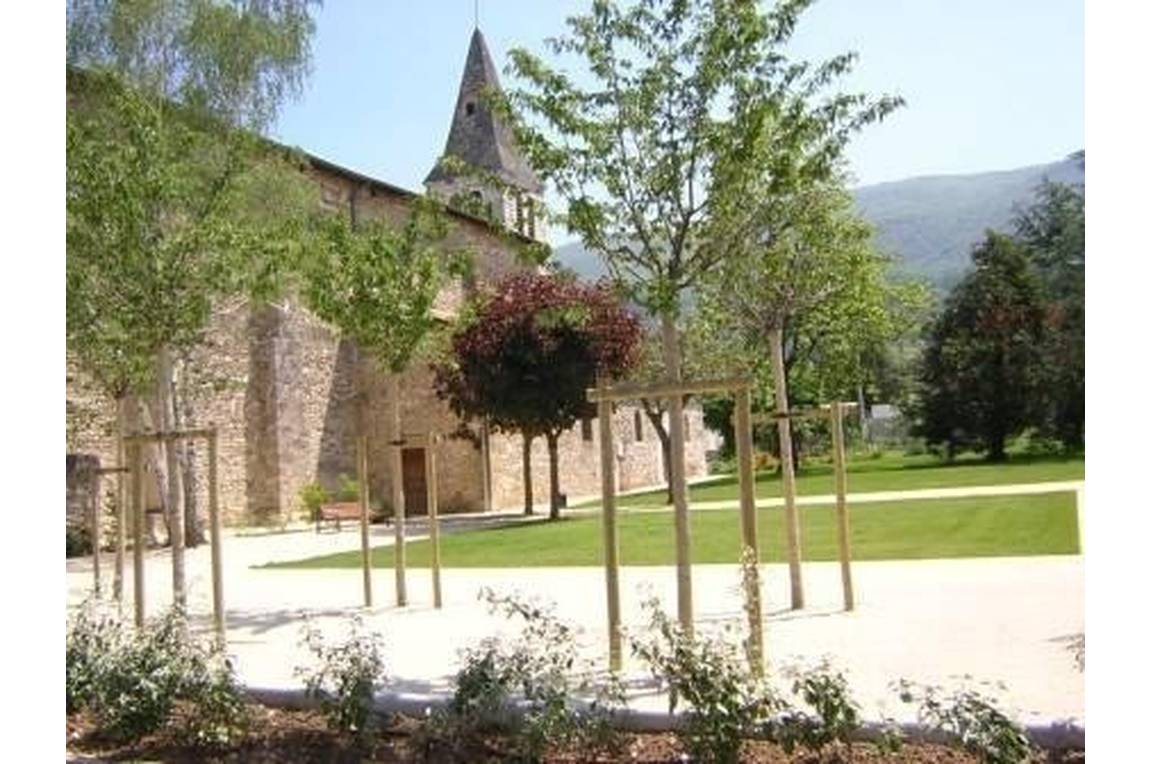 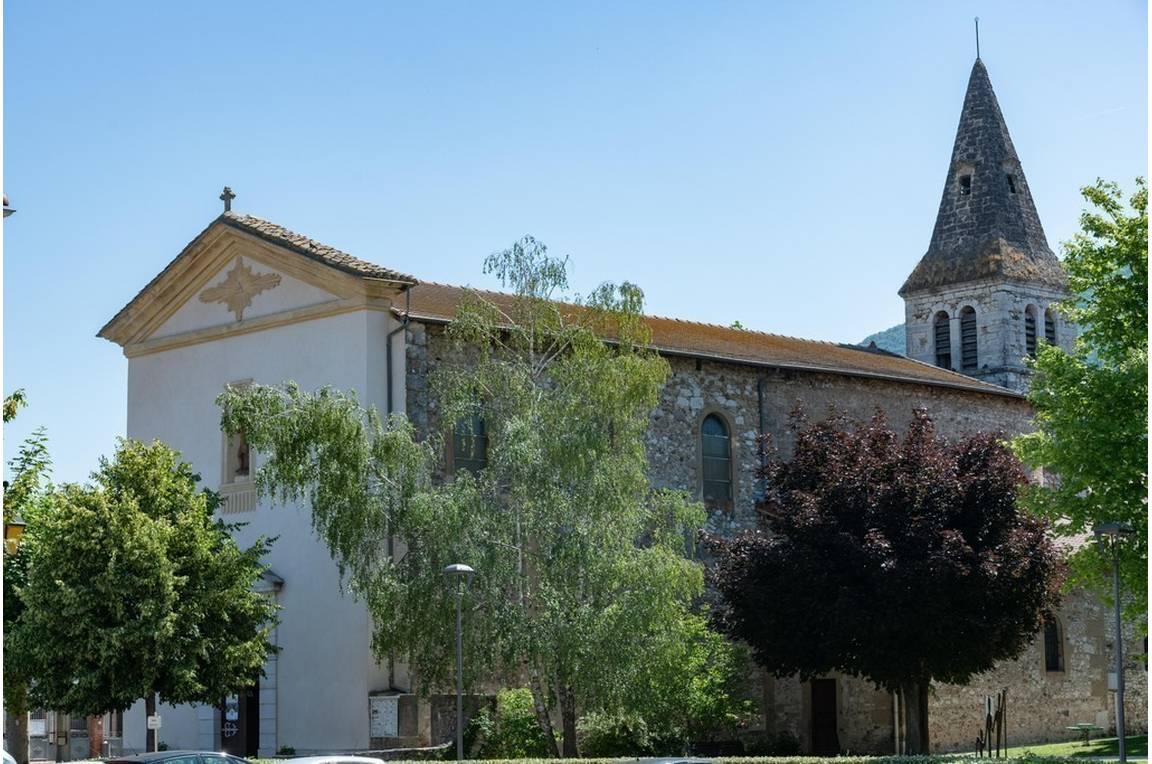 The district of Hostun is situated 15 km from Romans-sur-Isère, between the Royans area and the Valence Plain. It includes two hamlets: the recently created Saint-Maurice, and Saint-Martin, which served as a county town until the mid-19th century. This land has been occupied since ancient times: a store of Gaulish silver coinage and the remains of a Gallo-Roman necropolis testify to this distant past.
Passing through the region, the giant Gargantua, irritated by sand in his shoe, is said to have emptied this out onto the plain, giving rise to Le Mottet, a curious hill near the modern-day village. More likely, no doubt this hill marks the beginnings of the medieval history of the site. This motte was succeeded by the (private) Château de la Croix. Despite renovations, this has retained elements dating from the Middle Ages. A short distance away, the hamlet of Saint-Martin, recently redeveloped thanks to some clever restoration work, is a very attractive tourist destination.
The silica and kaolin quarries, for a long time Hostun's only industrial activity, are still operational.
Hostun is an area rich in legends. Aside from Gargantua, Saint Martin supposedly stayed in the region. He is said to have confronted the devil in the coomb of Laya and to have vanquished him thanks to his special fork. Some say that even now you can see this planted in the rock.
According to another legend, five centuries ago, the wife of the Lord of Rochechinard abandoned his deformed new-born son in the woods. Saved by a castle guard, he was supposedly raised by the garrison, which taught him to play the fife and named him Fifrelin. As for his indignant mother, her confessor enjoined her to withdraw from the world, which she did, taking refuge in the underground passages connecting the Château of Rochechinard with the Château of Hostun. Ever since the legend has persisted of a White Lady who appears, sometimes at Rochechinard and sometimes at Hostun, carrying in her arms a little person playing a fife.

Hamlet and church of Saint-Martin: The harmonious proportions of the church, the old cemetery, the paved square and its fountain give Saint-Martin a charm all its own. The site owes its existence to the foundation of a Benedictine priory coming under the Chaise-Dieu Abbey. Of the Romanesque era, it retains a chevet that seems to date from the 11th century, while the church has been modified many times subsequently. The Saint-Antoine Chapel was attached to it in the 17th century. This building, where a White Penitents' brotherhood was established in 1774, constitutes one of the few remaining buildings of this type in the region
Hamlet of Saint-Maurice: This one-street village, built along a straight lane leading to the church, was created in 1849 when the church was built. An oil mill and press are displayed opposite the village hall.
Le Mottet.
Château de la Croix (private).