The district of Triors nestles at the bottom of a small valley, alongside the Romans Plain and Drôme des Collines.

A lost Gallo-Roman town is said to have existed on the plain, between the districts of Génissieux, Triors, Châtillon-Saint-Jean and Saint-Paul-lès-Romans.

The place named "château vieux" (old castle) reveals the discreet presence of a medieval motte (artificial earthwork mound). With a visible diameter of about fifteen metres and a height of about 4 to 5 m, it is quite modest in size. Situated on the promontory overlooking the village of Triors from the north, it constitutes an excellent observation point and allows your gaze to pan across the entire Trior Valley, the Isère Plain, the Vercors Rim and, in the distance, the Massif Central. The good exposure of the valley slopes supports the ancient presence of vines here.

Charles de Lionne, better known as the Abbot of Leysseins, the canon/sexton of Saint-Barnard and then prior over about ten priories, had his country house built in 1667: the Château de Triors. This large edifice more than a hundred metres in length, truly a "Palace of Versailles" in miniature, had sumptuous gardens designed by Le Nôtre. The Abbot of Leysseins lived like a lord. On his death he left behind a disastrous financial situation and a complicated succession. The château de Triors was demolished in 1764 by its owner, the Marquis de Valbonnais, who replaced it with the current château. Two centuries later, the estate finally returned to the ownership of the Church as in 1984 it was given as a donation by its last owner so as to become a Benedictine priory.

The château: Today it resembles an imposing building whose polished tiled roof marks the entrance to the village. Tours are not possible as it houses a monastic community.

A beautiful Renaissance edifice, equipped with elegant casement windows, it is concealed in a small courtyard at the heart of the village. 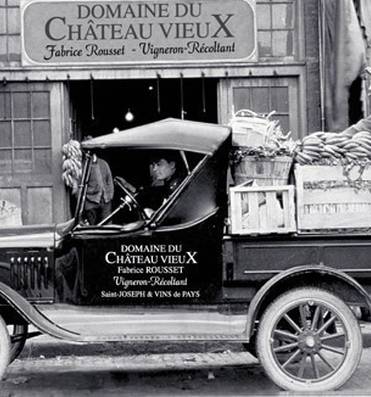