Chabeuil is a charming village with a population of around 7,000 inhabitants. Nestled between Valence and the Vercors mountains, it's not far from me and easy to get to.
There are a few reasons why I first decided to go to this village: first of all, the traditional market on Tuesday mornings. I've always been rather keen on the local specialities. Someone also told me that the village was once owned by the Grimaldi family, and I was curious to find out more…

The entrance to the village and the monumental gate

As soon as the weather is good enough, I begin exploring Chabeuil. I start with the must-sees of the village and cross over the pedestrian walkway to see the town hall. This building is a sharp contrast to the surroundings. It was designed by Ernest Tracol, an architect who had already worked for the town of Valence (Café des Boulevards, Nouvelles Galeries), and it was completed at the end of the 19th century in a Neogothic style. It was built using stone from Peyrus, a nearby village in the foothills of the Vercors, and its steeple is particularly characteristic and was built in 1903. There is a touch of Italian inspiration, chiefly from the Palazzo Vecchio in Florence. The relative wealth of the building reflects the desire for prestigious monuments, because at that time Chabeuil was flourishing thanks to the industry and trade there. There are information panels at each remarkable landmark in Chabeuil.
Therefore, I already know which route I'll be taking.

Next to this building is the monumental gate. It marks the entrance to the centre of the village and is iconic here. This impressive tower was once the main section of a wholeassembly, but today only the gate remains. This is the only tower that is still standing today, the other two are no longer there (Porte du Chaffal, Porte Rencurel). We are lucky that the monumental gate is still standing because in 1850, the town council wanted to knock it down. Luckily, the local people opposed and managed to stop them. That means I can still see some remains of the town's defences such as the machicolations, the portcullis, guard room, holes… The  arms of the Princes of Monaco were sculpted into the gate before being replaced by a war memorial in 1921.
I notice the name of the street just after the gate: Rue du Vingtain. This was the name of a tax which was a payment in kind of 1/20th of the local people's income, used to build and maintain the ramparts. The monumental gate is today classified a Historic Monument. 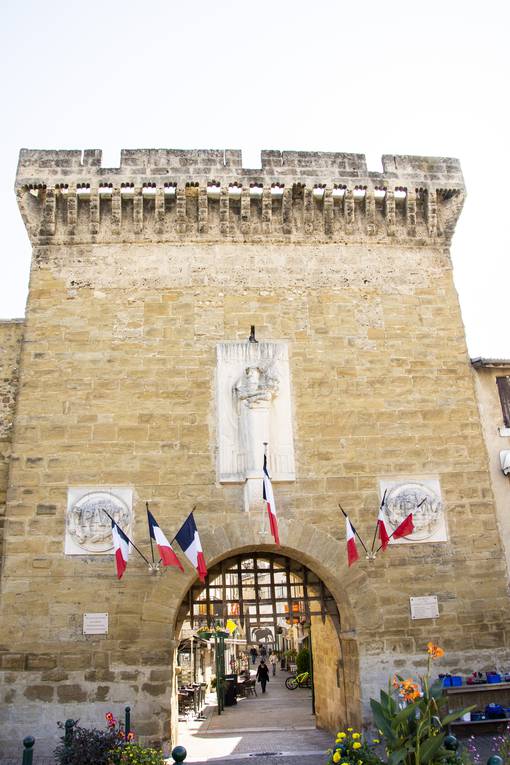 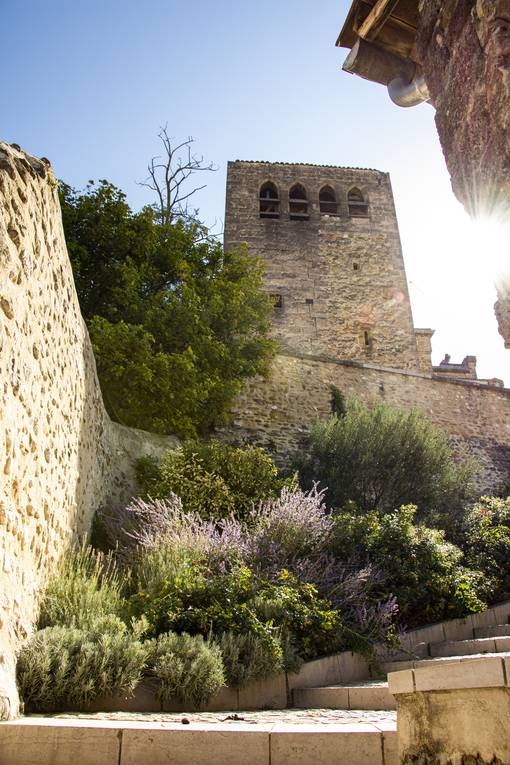 The rest of the visit and the "Montée du Barda" steps

I continue my exploration of Chabeuil by going up the historical and charming Montée du Barda. These paved steps are quite steep and partially undercover. It takes a bit of effort to get to the top. Just imagine the knights, the Dragons, who once climbed these steps with their load (known as their 'barda') to reach their quarters!

Once I arrive at the top, I come face to face with the impressive Saint Andéol clock tower and the Church of Saint Jean. The only remains of the former Saint Andéol parish is the 12th-century clock tower. Inside there's a small chapel, baptismal fonts and a confessional. At the top of the clock tower is a roof with four bell-turrets and a steeple with a huge rooster that was destroyed by lightning. Today, the Church of Saint Jean is found here. It is in the shape of a Greek cross with four equal arms, which is rather unusual for this region. I like the eclectic style of the architecture. Guided tours of Chabeuil are available with the Pays d’Art et d’histoire and the heritage department for the local council. I recommend trying the night-time tour, you'll be captivated.

After all that exercise, you deserve a treat. I am immediately drawn to the noises and scents. At the Place de la Poste, there are around forty market stalls set up along the Véore, the river that crosses through Chabeuil. This is a small traditional market with something for everyone, to either enjoy while you're there or to take home, such as the 'caillette', a local speciality. I buy my lunch from the market while I'm there, and find a spot on the edge of the water to eat.

I haven't got time to see everything and I'll have to leave quite soon. However, there are still some monuments to see: the Place du Chaffal and Mazet fountain, the temple, a part of the ancient medieval ramparts, the former school dating back to 1601, the covered passage, the former convent of the Ursulines, the Hotel des Princes de Monaco and much more.

I will be delighted to come back to Chabeuil. Next time I'll focus on the natural environment. There are some private gardens to explore, such as the Clos fleuri, La Palette des Couleurs, the Iris du Grand Barbu, and I'd also like to take a stroll along the Deux Renards footpath as a family or maybe climb up Gontarde Hill and admire the panoramic view of the village and the Vercors mountains. 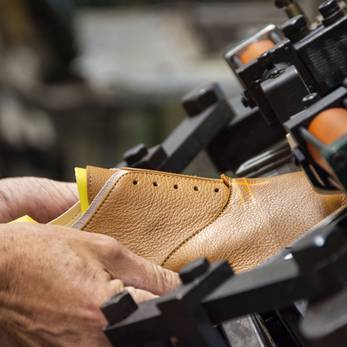 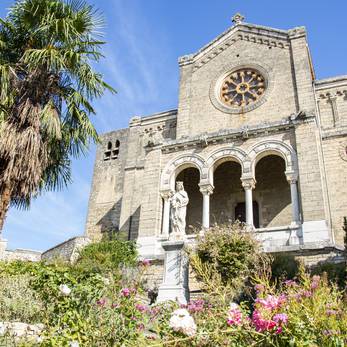 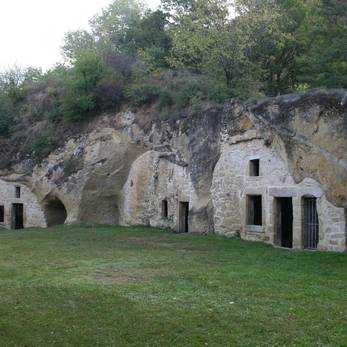 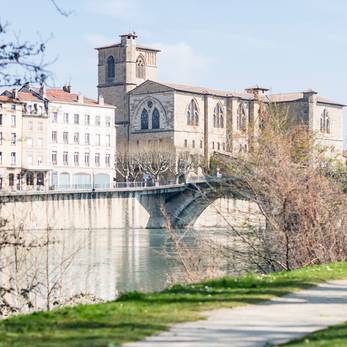