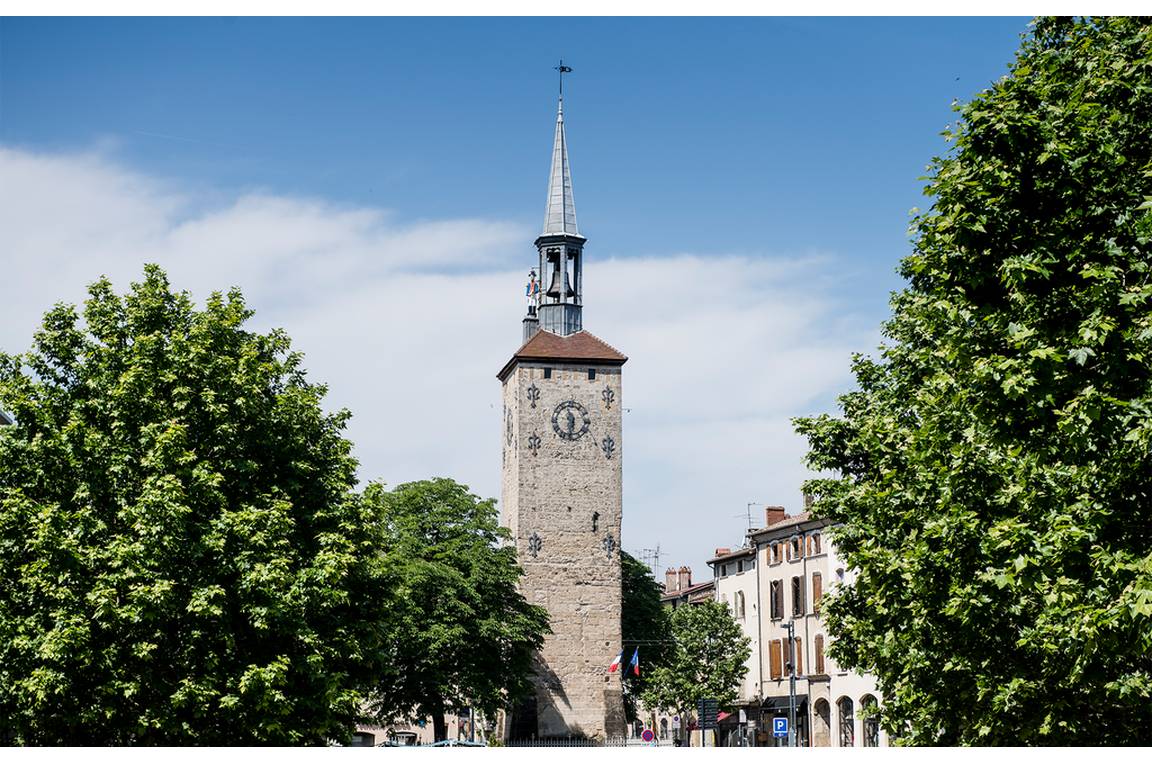 The Tour Jacquemart stands atop an ancient gate in the original walls of the town. The tower was built in the 12th century, while the clock was installed in 1429. It owes its name to the automated bell-ringer who strikes out the hour with his hammer.

n the 15th century, the Consuls ordered a monumental clock from Pierre Cudrifin, a clockmaker from Friborg in Switzerland.
It has a large bronze bell which dates from 1545 and weighs 2,300 kilos. The automaton has been striking the hours since 1429.
This carved wooden and zinc automaton is dressed in the "jackets" of the peasants, hence the nickname by Jacquemart.
This character becomes the spokesperson for republican ideas.
It measures 2.60m in height. 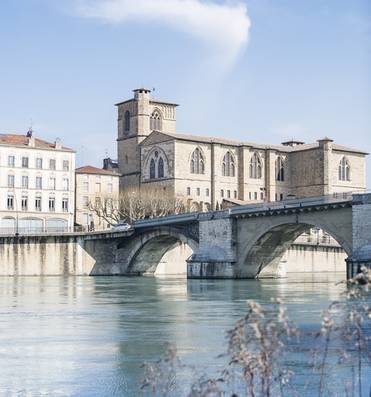 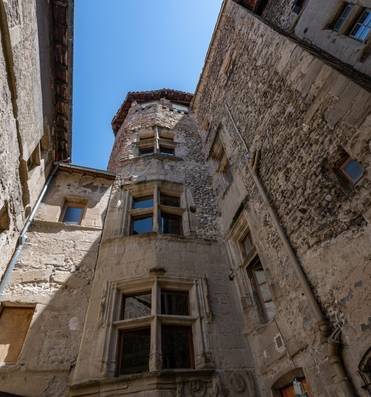 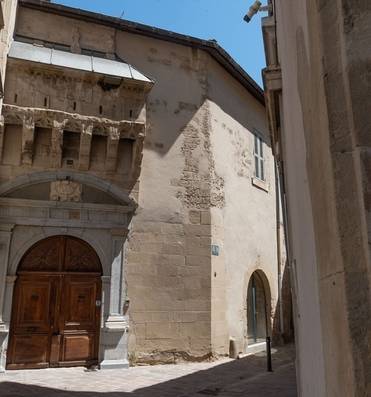 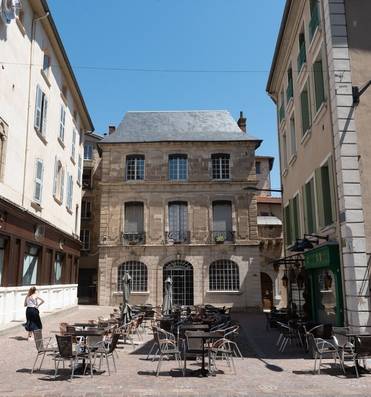 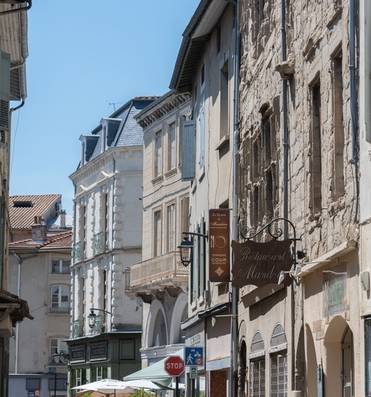 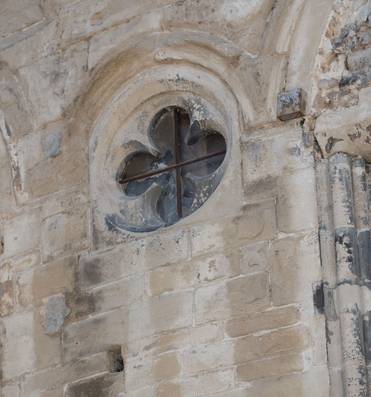 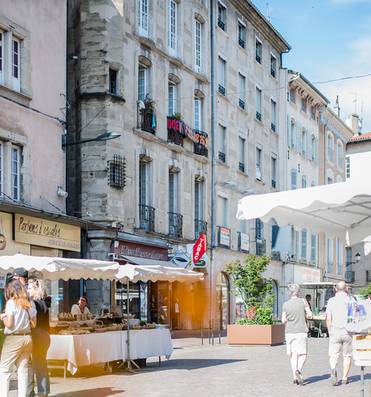 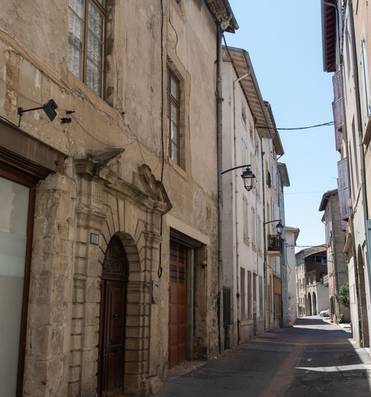