The International Shoes Museum in Romans 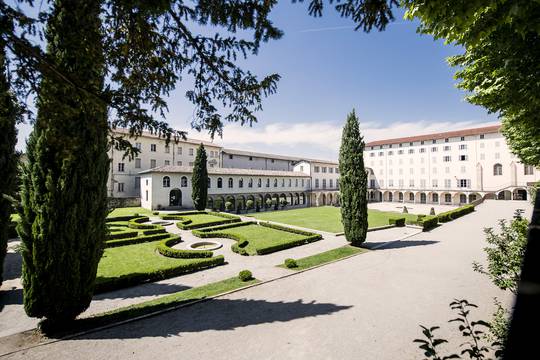 The International Shoes Museum in Romans is an invitation to travel, both across the world and through time. This museum will make you wonder... why do we wear shoes? Is it because of historical reasons, geographic, artistic, aesthetic, technical, economic, sociological, anthropological...?

The universal object that is the shoe has been around for thousands of years.

The tour of the museum tells the story of how the shoe industry came to be in Romans, how shoes have evolved in different civilisations such as Muskateer boots, the little shoes for the mutilated feet of Chinese women, Egyptian sandals, etc. There are over 16,500 items on display in the museum's collections, covering Ancient Times right up until today. It is an original experience discovering the museum's collections, ranging from the most traditional of shoes, to some very strange-looking ones. Then the tour will lead you to the more contemporary collections with shoes by some creators of the 20th century. These creators have really left their mark on the shoe industry and shoe-wearing habits, namely André Pérugia, Roger Vivier and Andrea Pfister.

A rich and surprising collection at the Shoes Museum in Romans

The collections on display at the International Shoes Museum are extremely diverse, making this a one-of-a-kind collection that is well-known across France and globally. The collections are often exchanged with other museums so that visitors can regularly see something new on display.

The creativity of the men and women designing them has made way for shoes that are sometimes rather extravagant and maybe not so practical, but each pair is often made with a specific use in mind. On this tour, you'll see the Seven Leagues Boots that are huge but ideal for horse-riding. Some shoes are associated with specific rituals and traditions such as the nail-studded Fakir's wooden sandal.

The history of shoes in Romans

There is a specific reason why the Shoes Museum is in Romans. The town was put on the map thanks to the shoe industry and it is now well-known for leatherworks and shoemaking. At the end of the 19th century, this industry began to prosper before becoming the main economic activity here, turning Romans into "the capital of luxury shoes". Romans-sur-Isère was first and foremost a town with a booming tanning industry. This was because at the time, the town had access to clean and clear-running water from the Isère and canals close to the Presle district, making it the perfect place for tanning leather. The shoe industry then understandably developed in Romans so that the manufacturers could be as close as possible to the suppliers.

The shoe industry really flourished between the two world wars and reached a climax between 1945 and 1970. A whole host of other companies came with this booming industry such as shoebox production companies, shoe polish, glue, soles, etc. At the end of the Second World War, there were over 5,000 people working in the shoe industry in Romans, all companies combined. In the second half of the 20th century, the biggest companies that had been able to invest and innovate carried on making luxury shoes that were then sold in France and exported all over the world, such as Charles Jourdan, Stéphane Kelian, and Robert Clergerie.

Since the end of the 1990s, numerous companies have closed. However, Romans remains a town that is firmly loyal to the shoe indsutry and there are still companies and initiatives operating and expanding here. The history and expertise of these local companies are of course showcased at the museum.

Plunge into the world of shoes and come and explore the diverse collections thanks to the men and women who created the pieces. As an added bonus, these collections are on display in a prestigious setting: the former convent of the Visitation order dating back to 1610, surrounded by beautiful landscaped gardens, classified as historical monuments. 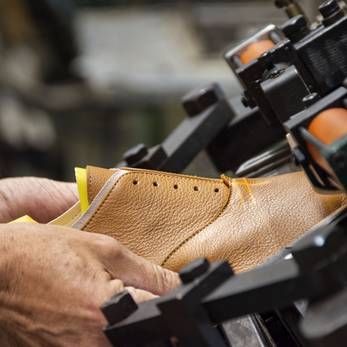 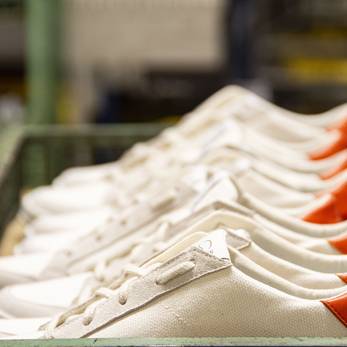 Products "Made in France" 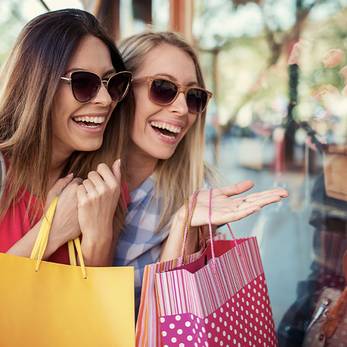 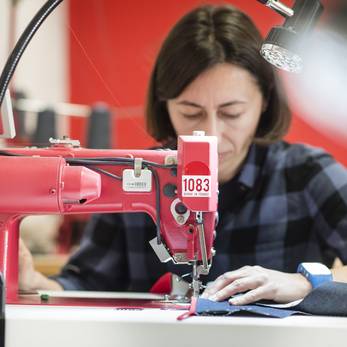