The unmissable guided tours of Romans!

The Groups and Conferences Department at Valence Romans Tourisme offers your group the opportunity to explore the town of Romans-sur-Isère and take a guided tour of the must-sees of the town: 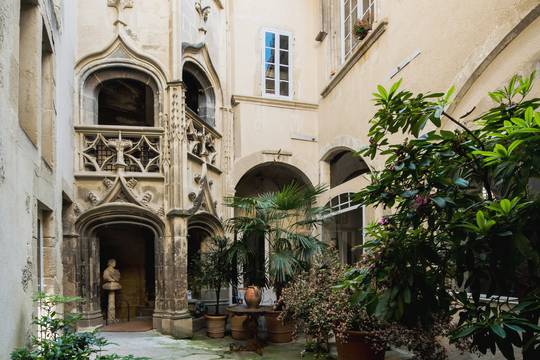 Accompanied by a guide, your group will learn about the history and anecdotes of the town of Romans-sur-Isère, along the medieval streets and the Renaissance façades. Don't miss the incredible Saint-Barnard Collegiate Church that dates back to the 9th century, and make sure you see the rare and magnificent courtyards of the former private mansions.

The town of Romans was built around this molasse (soft sandstone) construction in the Middle Ages. Saint-Barnard Collegaite Church is a combination of the Roman era (lower section of the nave) and the Gothic period (upper section, choir and transept). Your groups can visit the church's choir and will be amazed by the 14th-century wall paintings and the Chapel of Saint-Sacrement which houses one of the treasures of Romans' heritage, the "Mystère de la Passion" embroidered wall hanging from the 16th century. The sacristy is decorated with superb 18th-century woodwork in solid walnut and there are several religious artworks there.  The collegiate church has been listed as a historical monument since 1840. 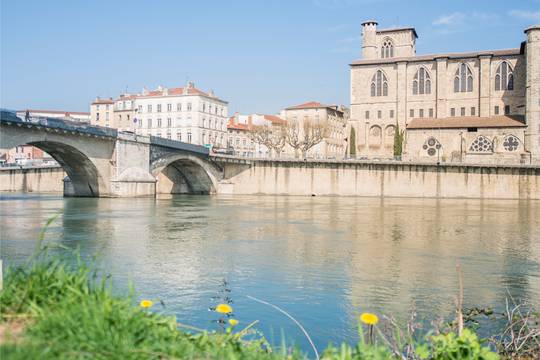 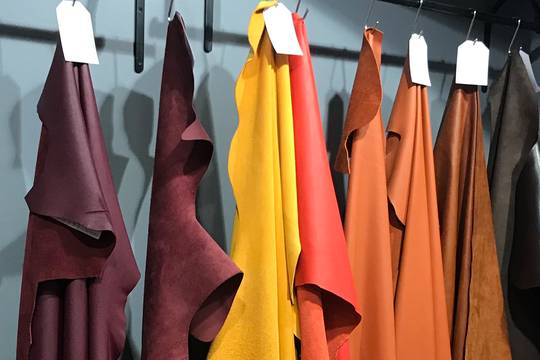 You'll learn all there is to know about the history of shoes in Romans, through the waterways and the historic centre. Where did this all begin? With leather, of course! Craftsmanship, industrialisation, creators of luxury shoes, the whole town has been built around this industry. The town's great reputation is thanks to some big names in the industry such as Charles Jourdan, Stéphane Kélian and Robert Clergerie. Between the past and present, the town of Romans is closely linked to the world of shoes, earning it the title of "Capitale de la chaussure" (shoes' capital).

This walking tour is all about the interesting industrial past of Romans and to explore the rural side of the town. La Martinette is a thousand-year-old canal that was dug out by the Benedictines, the founders of Saint-Barnard Abbey. The tour is not a loop, it ends on Rue Louis le Cardonnel at the bridge over the Savasse. 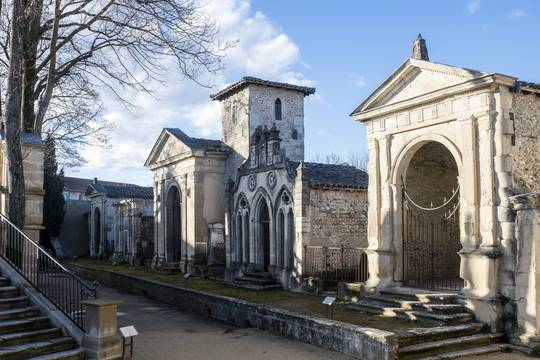 The Way of the Cross and Récollets Calvary

Every year on Good Friday since the 16th century, many pilgrims have been contemplating the passion of the Christ in following the 42 stations in procession, known as the Way of the Cross in Romans-sur-Isère. On this tour, your group will discover the various chapels dotted around the town. The Calvary was founded by a rich tradesman from Romans in the 16th century, and this Mount Calvary that was transformed into a graveyard in the 19th century, is the final station of the Way of the Cross.

Duration of the tour: 1 hour 30
Languages: French - English - German - Spanish depending on the tour

For a group of 20 people minimum
Not including transport, extras and personal spending

The Groups and Conferences Department at Valence Romans Tourisme can combine several tours and offer your group day trips or holidays.